Three Parker breweries you need to know about nowNews and Events 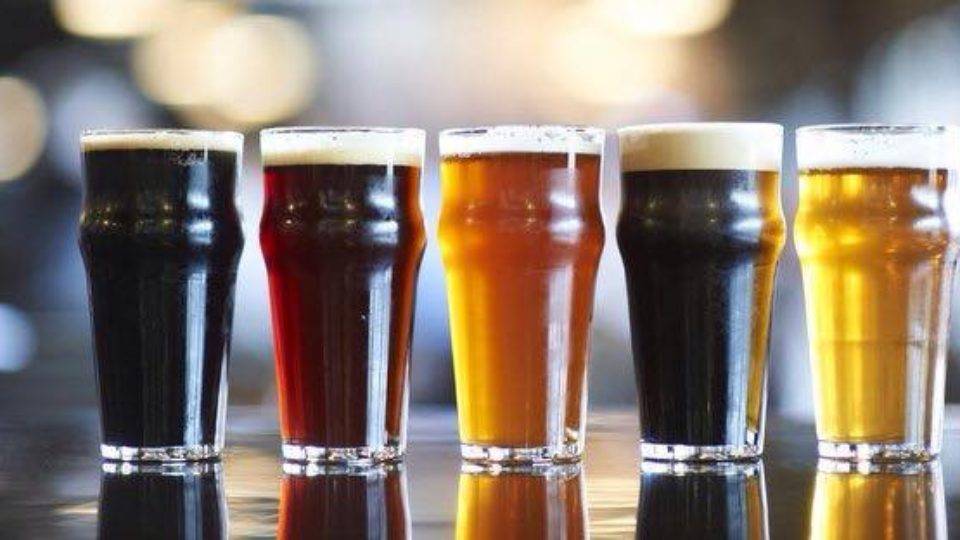 Colorado has gained quite a reputation for its craft beer. You probably know that it’s easy to find fresh, tasty suds in Fort Collins, Longmont, Boulder, and RiNo—the list of local breweries just keeps growing. But you might not know that if you live in Stepping Stone™, you don’t have to travel that far. As September’s Great Douglas County Brew Tour of 10 breweries revealed, the south Denver area offers plenty, three of which are in Parker. Lucky us! 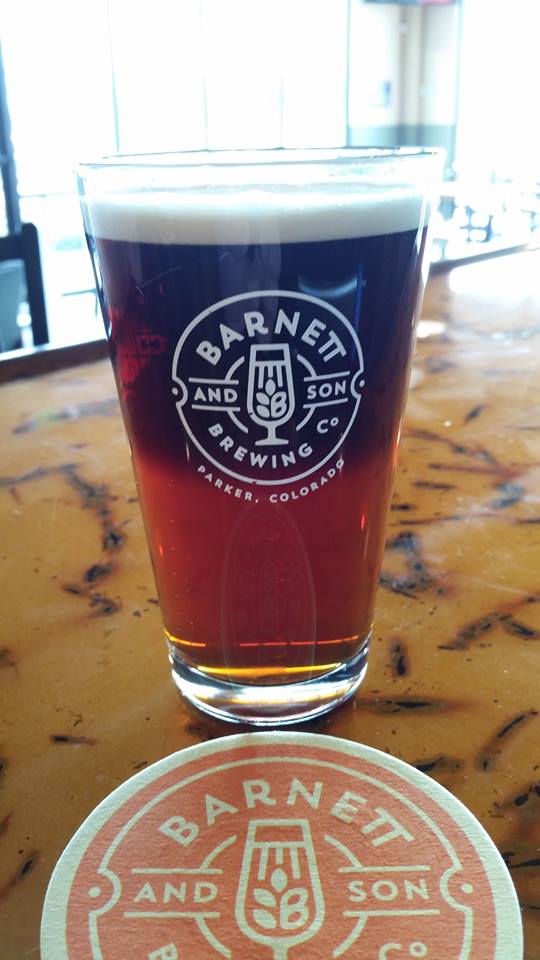 Only three miles from Stepping Stone, Barnett and Son makes a variety of handcrafted ales. Just a few examples include Scottish, Black Irish, Gulch Gold, and Blueberry. The tasting room serves pints and fills growlers to go. It’s a fun place to hang out with friends, either inside at the bar, at tables, on couches and chairs, or outside at the abundant picnic tables. It’s both pet-friendly and people-friendly, as the owners pride themselves on building relationships with every customer.

Barnett and Son is just a couple of blocks east of Cherry Creek Trail, so a bike ride over there is a nice way to work up a thirst. Daily food trucks provide fare such as cheesesteaks, Cubanos, pizza, and Cajun food. Owner Andrew Barnett was an avid home brewer for many years, making many different ale styles in a propane-fired, 10-gallon brewing system. An active member of his community, Barnett began donating his homemade beer to various community events and fundraisers, prompting many to ask, “Why don’t you go pro?” And so, Barnett & Son opened in 2013. 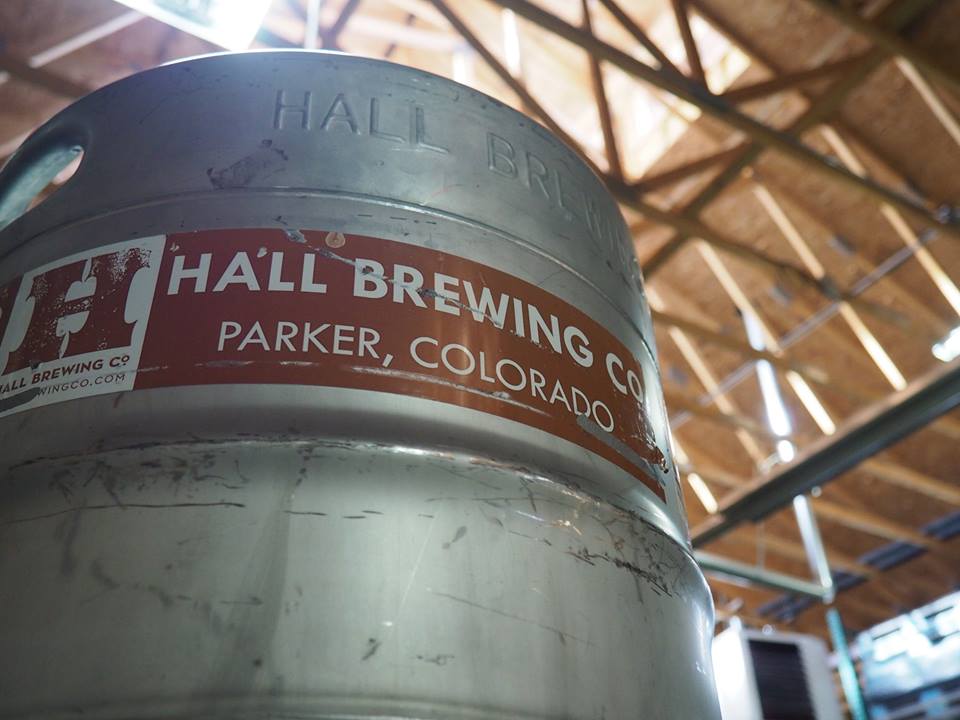 Don’t let the strip mall exterior fool you. Hall Brewing’s tap room has an excellent variety of brews, friendly service, and a very loyal following. Their focus is on “flavorful, balanced, Colorado-minded versions of classic beer styles tweaked to our tastes and DIY ethos.”

Choose from draft versions of year-round, seasonal, and extra-limited-release beers, ranging from IPA and Red Ale to Juicy Peach and Chocolate-Coconut Milk Stout. Enjoy your beverage there or take it to-go in growlers, bottles, and cans. (You can also find their beers in shops all along the Front Range.) Food trucks come on Friday.

For an extra treat, arrange for a tour of their rural, family-owned brewery on their seven-acre Parker homestead. Brewmaster Aubrey Hall designed the ranch house-style brewery and built it from scratch using timbers and boards milled from beetle-kill trees. This 4,000-square-foot building contains a self-designed and self-assembled brewing system. Beers start with pristine water pumped from 800 feet below the brewery. Spent grain is donated to local farmers for livestock, and they grow their own hops and vegetables. 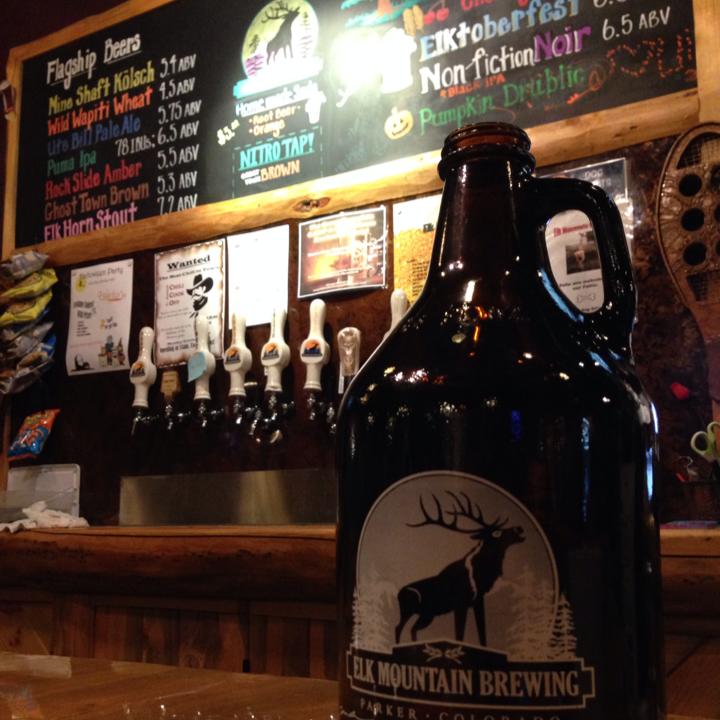 Elk Mountain Brewing pairs a well-rounded experience with its brew. Open since 2009, the tap room serves up unique handcrafted microbrews with award-winning recipes. Flagship beers include Ute Bill Pale Ale, Wild Wapiti Wheat, and Rock Slide Amber, while recent seasonal beers have included a pumpkin ale and an ‘Elktoberfest’ lager. (Head brewer Tom Bell’s specialty is German beers with a twist.) Enjoy on-site or take your beer to go in either a growler (64 ounces) or howler (32 ounces). Non-drinkers can sip on homemade root beer and orange soda on tap. 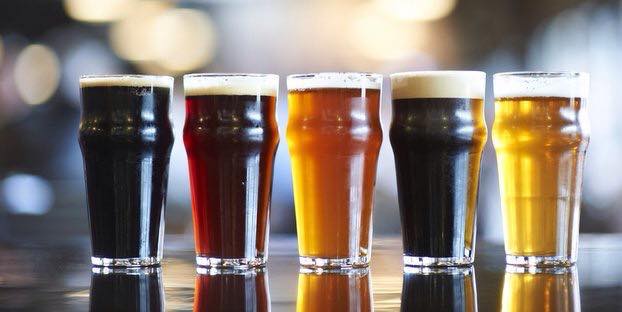 The tap room offers a highly social vibe, with a patio and bar, game tables, and free wifi and popcorn. Monday night is trivia night from 6-8pm, offering the chance to win prizes. Tuesday Happy Hour is from 3-5 pm, when flagship pints sell for $3. If you’re hungry, check out the changing lineup of food trucks, offering fare such as Vietnamese specialties, barbecue, pizza, and mac and cheese. Brewery tours are also available.

While tucked nicely away from the hubbub of the city, Parker offers Stepping Stone residents plenty of fun places to eat, drink, shop, and play. Learn about more of Parker’s local gems here.